7 Books That Will Help You Recruit

Want to get better at recruitment? Time to geek out on some books!

It's no secret; recruiting is difficult. The best way to learn how to recruit effectively is not to Google 'How to recruit', which is what most people do 🙄, but by reading the right books. So, because I'm very nice, I've compiled a shortlist of the books you need to read to become awesome at recruitment.

I'd recommend you read all of them, but I understand that time is often of the essence, so I've listed them in order of importance, again because I'm very nice.

Not all of these will seem immediately linked to recruitment, but they are, and I’ll explain why…

Who: A Method for Hiring

If you’re going to read one book, and one book only, Who needs to be that book. Geoff Smart and Randy Street suggest that in any organization, the #1 challenge is not about the right strategy, products or processes. It’s about finding and putting the right people in the right roles, so they can make the right decisions and deliver outcomes that matter.

The book unveils the proven 4-step approach to hiring not just anyone, but A-Players, at any level of your organisation. Those 4-steps are:

This book will give you the most solid of solid foundations to become good at recruiting.

Moneyball is about an incredibly talented high school baseball player, Billy Beane, played by the legendary Brad Pitt in the movie. Billy was the next best thing in baseball and was scouted by the Mets. Billy was a flop. 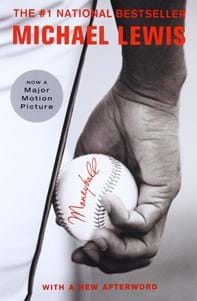 After failing at baseball due to a lack of focus, he turned his hand to scouting, and eventually general manager of the Oakland A’s – a relatively poor team when compared with the big budgets of the major players.

With a tiny budget, Billy was expected to draft a team that could compete with the big dogs like the NY Yankees. Billy developed a mathematical strategy for drafting and acquiring players, which would revolutionise the sport.

Traditionally, scouts would watch players during games and pick the ones that put on a show – a couple of big hits, a bit of pizazz for the cameras, very showy-offy type stuff. Scouts were biased to what they saw with their own eyes.

By analysing the statistics of player’s walks, on-base average (i.e. probability of getting on base, and not making and out, in any given bat), Billy could acquire talented players whom other franchises didn’t think were with anything. In doing so, Billy assembled one of the best teams in the league for far less money.

All of Billy’s techniques were borrowed from the world of Wall Street, so it’s clear the same techniques can be implemented elsewhere.

From a recruitment perspective, this suggests not getting distracted by wealth’s of experience with flashy companies, the candidate may only have succeeded because of the people around them. Instead, look deeper into the candidate’s skills and characteristics – they may well be the ones that your company requires.

I’ve said it before and I’ll say it again; recruitment is marketing. Once you’ve established the people you’re going after using Billy Beane’s technique above, you’ll need to attract those people.

Seth Godin’s This is Marketing, he teaches something that a lot of people overlook. Marketing isn’t about going after the masses, you’ll find far more success in identifying the “smallest viable audience”, and marketing to them.

In recruitment, for example, it would be a waste of time, effort and money marketing an IT vacancy to a salesperson. This is the result of marketing to the masses. Instead, focus on creating your ideal persona, build your target audience and market to those. You’ll see far better conversion rates (applications) marketing to a smaller, more targeted audience than you would from marketing to a much larger audience.

Once you have your target audience and method for marketing to candidates, you’ll need to throw in some behavioural economics techniques to influence decisions, i.e. the decision to apply. 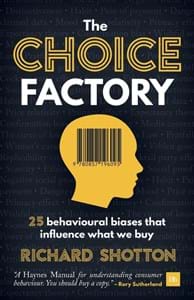 Richard Shotton reviews 25 behavioural biases in decision making and then suggests how they can be applied to marketing/advertising. Here are the 25 biases.

Lots of these biases can be used when advertising jobs, Social Proof, for example. If you include success stories or honest reviews from existing employees of what it’s like to work at your company, candidates will relate and be encouraged to apply. Particularly candidates who are friends with the featured employees – referral marketing at its finest!

In short, this book will help you include behavioural influencing techniques in your recruitment campaign that will increase the number of good applications.

I partly had to include this because Malcolm Gladwell is my favourite author, but there is definitely something relevant to take away from this book. In fact, there is a whole section on interviewing. 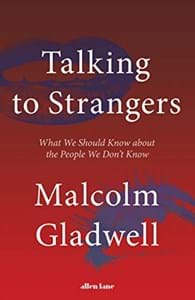 In today’s society, people often find themselves in encounters with complete strangers. Judges have to grant or deny a stranger’s freedom. People invest large sums of money based on a total stranger’s recommendation. Employers have to decide whether or not to employ a stranger based on a one-hour interview with them.

Talking to Strangers is about why we are so bad at understanding the strangers we come across. By looking at world history and recent news, Gladwell explains the strategies people use to translate the words and intentions of strangers.

The recruitment-relevant part of this book talks about candidates exaggerating, or in some cases lying during interviews. This book will help you recognise when people are doing that, and how to avoid hiring them.

Who Moved My Cheese?

Who Moved My Cheese is a tiny book that will take you a little over an hour to read. The book is solely about the inevitability of change, the ways in which we deal with it, and how revising our attitude toward change can reduce stress and increase success.

The book is a parable told as a story about four characters in a maze. In the maze, four characters search for and consume cheese. Cheese represents satisfaction or success. In recruitment terms, candidates.

Two characters, Scratch and Sniff, are mice who take an experimental approach to find cheese. They don’t overthink, and instead, try out various routes in the maze until finding cheese.

The other two characters are little humans, Hem and Haw, who attempt to savvier and more analytical about their search.

The two pairs have very different attitudes toward the situation. The humans become complacent and assume the cheese will always be there, while the mice become alert to the fact the cheese is dwindling. The humans stay and run out, the mice move on and find more.

The recruitment lesson here is that just because one talent channel worked for you once, doesn’t mean it will work again. Things change and we have to keep up.

For example, Indeed was once the best place to find candidates, but now is overcrowded and often attracts irrelevant candidates. Facebook was previously used only for socialising, now it’s arguably the best source of great candidates.

Don’t get complacent with your advertising channels. Always be alert to the changes in talent channels.

Finally, Oversubscribed. This is probably my favourite book of all time. This kind of reverts back to what I mentioned under This is Marketing in that you should focus on identifying the smallest viable market to create more demand than supply and finding niche markets to generate desire. 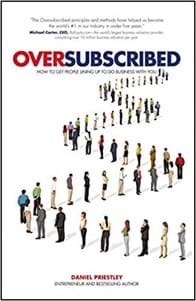 The book will teach you how to create a small but dedicated group of fans (candidates) that are lining up to do business with you (work for you).

The book is actually about business and how you can increase success by creating a small but loyal customer base that will buy everything you put out. Take Apple, for example. Nobody that has an iPhone X, or an iPhone 8 for that matter, needs and iPhone 11. They pretty much do the same thing, and the latter is extortionately priced, yet Apple fans (customers) line up for hours in queues to buy one on its release date.

Translated into recruitment, if you can create such a buzz around working for your company (like Google has), you’ll never find it difficult to recruit again, because people will be lining up to work for you, and this book will give you the fundamentals you need to make that happen. Yes, it’s business-focused and you’ll need to translate it into recruitment terms, but… such is life!

I am a HUGE book nerd, so I’d be happy to discuss these in more context if required, and I’ll happily lend out my copies of each – just get in touch and I’ll send you one 😁.

PS: Here comes a shameless self-plug… I think this blog shows it’s clear we invest a lot of time in and are passionate about identifying the best recruiting methods. Therefore, we’re very good at it. If you’re recruiting and don’t have the time or want to do all the research required to recruit efficiently and successfully, we’ll do it for you! Drop us a line if you’d like to chat.